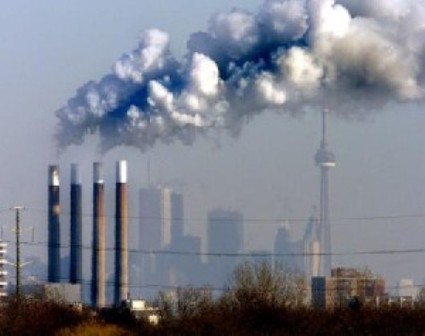 When changes in the expected weather occur, this is known as climate changes. These changes can be defined by the differences between average weather conditions at two separate times. Climate may change in different ways, over different time scales and at different geographical scales (Gardiner, 2009). For instance, there is a climate change that occurs when there is a global increase in temperature, this is also known as global warming. Although some species can benefit from climate change, it still has a negative affect on most living biological species. For instance, these rising temperatures affect Polar Regions such as the Arctic. Diminishing ice packs have reduced the habitats of polar bears, penguins, puffins and other Arctic creatures. As the ice melts, it will cause a rise in sea level, which will affect and perhaps destroy ecosystems on coastlines. Changes in temperatures will also cause shifts in mating cycles, especially for migratory animals that rely on changing seasons to indicate their migration and reproductive timing (Duarte et al., 2012). Furthermore, air pollution in Canada can affect Canadians’ health, the environment, buildings, structures and the economy in general. Air pollution problems such as smog and acid rain result from the presence of, and interactions among, various air pollutants released to the atmosphere through natural processes and human activities. Natural sources of air pollution include forest fires, volcanoes and emissions of volatile organic compounds (VOCs) from vegetation. Human sources of air pollution include activities that rely on carbon-based fuels, for example transportation, electricity generation and industrial processes such as oil and gas production as well as certain products, such as paints and solvents. Some of the environmental issues that air pollution can cause are for example; the ground-level oxygen3 can reduce the growth and productivity of some crops and harm flowers and shrubs and may contribute to forest decline in some parts of Canada. Moreover, ecosystem changes can also occur, as plant species that are more resistant to ground-level oxygen3 can become more dominant than those that are less resistant. Furthermore, various particulate matter constituents taken up by plants from the soil can reduce plant growth and productivity and can cause physical damage to plant surfaces via abrasion. In addition, nitrogen oxides and SOX can cause or accelerate the corrosion and soiling of materials and are major contributors to acid rain. Acid rain affects soils and water bodies, and stresses both vegetation and animals (Climate change in Canada, 2011). Moreover, a changing climate can have both positive and negative impacts on agriculture. These changes can impact a number of different levels of the sector ranging from individual plants and animals, right up to entire global networks. This warming may provide opportunities for agriculture in certain regions with an expansion of the growing season to go along with milder and shorter winters. This could increase productivity and allow the use of new and potentially more profitable crops. For a high-latitude country like Canada, the warming is expected to be more pronounced than the global average. Northern regions and the southern and central Prairies will see more warming than other regions. Most regions will likely be warmer with longer frost-free seasons and increased evaporation and plant transpiration from the surface into the atmosphere. These warmer temperatures would also benefit livestock production in the form of lower feed requirements, increased survival rates of the young and lower energy costs. Climate change could also improve soil quality by enhancing carbon sequestration and reducing the emissions of greenhouse gases by changes to land-use from annual crop production to perennial crops and grazing lands. However, one of the concerns is that climate change could have significant negative impacts including the increased intensity and frequency of droughts and violent storms. As the frequency of events like droughts increases under climate change, crop yields would decrease. This would increase the vulnerability of producers to climate change, particularly in semi-arid regions of Canada. Extreme events like the 2001 and 2002 droughts and floods of 2010 and 2011 can have a devastating impact on crop yields where yields could be reduced by as much as 50 per cent of the average yields during normal or more suitable growing conditions. Warmer summers could also cause problems for livestock producers related to heat-wave deaths. This is especially true in poultry operations (Hertel, 2015). Other impacts could be reduced milk production and reduced reproduction in the dairy industry, as well as, reduced weight gain in beef cattle. In addition, droughts and floods could reduce pasture availability and the production of forage, forcing producers to find alternative feed sources or reduce their herd size. There are several possible effects climate change could also have on crop pests and disease. These would include increased weed growth due to higher levels of atmospheric Carbon Dioxide (CO2) and an increased prevalence of pests and pathogens in livestock and crops. The increased range, frequency and severity of insect and disease infestations are also potential impacts. While these changes will not have large effects on greenhouse gas (GHG) emissions from crop production systems they could cause an increase in energy use associated with the manufacture, transportation and application of pesticides.

In conclusion, climate change in Canada has more negative affects on the environment, species diversity, and agriculture along with food scarcity. For instance, some of the environmental issues that air pollution can cause are for example; the ground-level oxygen3 can reduce the growth and productivity of some crops and harm flowers and shrubs and may contribute to forest decline in some parts of Canada. Moreover, as for the food scarcity the frequency of events like droughts increases under climate change, crop yields would decrease. This would increase the vulnerability of producers to climate change, particularly in semi-arid regions of Canada. Moreover, The Government of Canada are currently working on reducing emissions from cars and trucks, increasing the range of energy efficient products and improving the air quality which will in turn affect species less.

This entry was posted in Uncategorized. Bookmark the permalink.